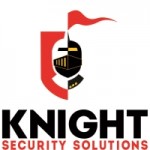 TO THE KNIGHT SECURITY TEAM – HOWICK. This is a special thank you to the team. I had people remove some of my possessions on 4th February 2016 at 12h25. I suppose they thought they could do more with them than I was. Oh well. All the same, I received the SMS to notify me that my alarm had gone off. Shortly thereafter, Robyn phoned me and advised me that armed response had already been notified and was on route to my house.

I arrived approximately 10 minutes after the call. The Knight Security members were waiting at my gate. They confirmed that it was a positive and escorted me into the house.To say it was a shock to see what had been done, and the determination used to gain access to the premises, is a mild response. When I reacted, by bursting into tears, the two Knight members who were still with me, kept saying – “sorry mam”. They had already notified the police.

Then everything happened. I received no less than 3 calls from Robyn, asking if I was alright. The police arrived within 20 minutes of my arrival back home. I then also had another member from the Knight team arrive. I think his name was Frans. He also checked everything and asked me how I was doing.

When my alarm was reconnected, I asked for a technician to call in and connect the radio link. This I did on Sunday afternoon, he was at my house early the next day, and promptly had the link connected and tested.

Having people violate your space, is not something one would wish on anyone, but to know that there are people who are out there, kindly helping, does make it a little easier to deal with. Thanx again Team.”