What is the Howick Falls Monster – a myth or popular folklore 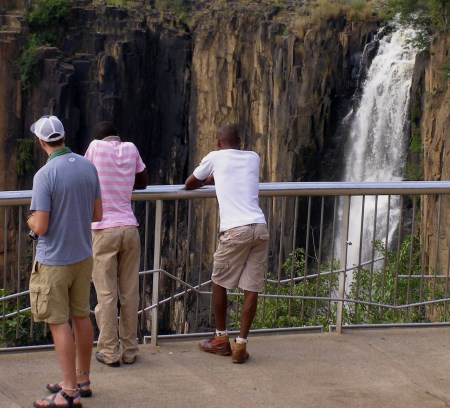 Is the Howick falls monster an invention hyped to draw curious tourists off the N3 to peer over the waterfall. The legend may have had its roots in ancient zulu culture which has a deep respect for the waterfall which is a sacred place.

In the past local zulus and their sangomas would sacrifice goats and chickens to the water god- known as the Inkanyamba. Over the years this legend has taken on a physical form in the minds and imaginations.

This monster is allegedly also said to eat the bodies of those who drown in the falls. Over thirty years ago the Inkanyamba was blamed for the death of a Zulu girl further up river at another falls. She was playing with her friends beside the river when she was pulled under and vanished. Of course this may have been a crocodile.

But vague stories of the sightings of this creatures still occur from time to time. In 1962 a Conservation Services Ranger, Mr. Buthelezi said he saw a "monster" on a sand bank whilst walking along the Umgein River near the Midmar Dam. It slithered off the bank as he and a friend approached.

Johannes Hlongwane was the caretaker of a caravan park near Howick Falls between 1969 and 1985. He saw the Inkanyamba twice, once in 1971 and again in 1981. It raised its head and neck thirty feet out of the water. It had a crest running along its back.

The only known photograph hat purports to show Inkanyamba was taken in the wake of a sighting local man Bob Teeny in September 1995. Whilst on a viewing platform beside the falls he claimed to have seen a snake like head and neck rear up out of the water. He had no camera at the time but put up a reward for anyone who could take a snapshot of the monster.

A resulting picture showed a long necked animal, apparently rising from the water. It appears to be holding waterweed in its mouth and has a distinctive banding of the skin. A researcher who examines mythical creatures from around the world including the infamous Loch Ness monster immediately spotted the monster picture was a hoax as it was an illustration of an Apatosaurus from a children's book of dinosaurs published in the 1970s.

The waterfall called Howick Falls is approximately 95 meters in height (311 feet) and is situated on the Umgeni River. The Zulu people called the falls KwaNogqaza, which means "Place of the Tall One". Sacred to the natives, only sangomas or traditional witch doctors can approach the lake to offer prayers to the creature.

Bodies found in the river may have bits missing which also seem to contribute to the legend but the decomposing flesh may have been eaten by eels or barbels. In the past the waterfall was sometimes used as a suicide spot.

The Inkanyamba are said by sceptics to be a population of giant migratory, carnivorous eels, which are allegedly indigenious to southern Africa. Anthropologist Sian Hall, who lives in Howick, says "sensation seekers" have embroidered the myth passed on by generations of Zulus in the area that a giant water snake water snake.

"There are no physical monsters in the Howick Falls," she wrote in a local newspaper article. "Giant eels, perhaps, and even huge otters, if that is your idea of a monster. But we do not need to misinform the public, nor to use their gullibility to attract tourists to Howick," she said. 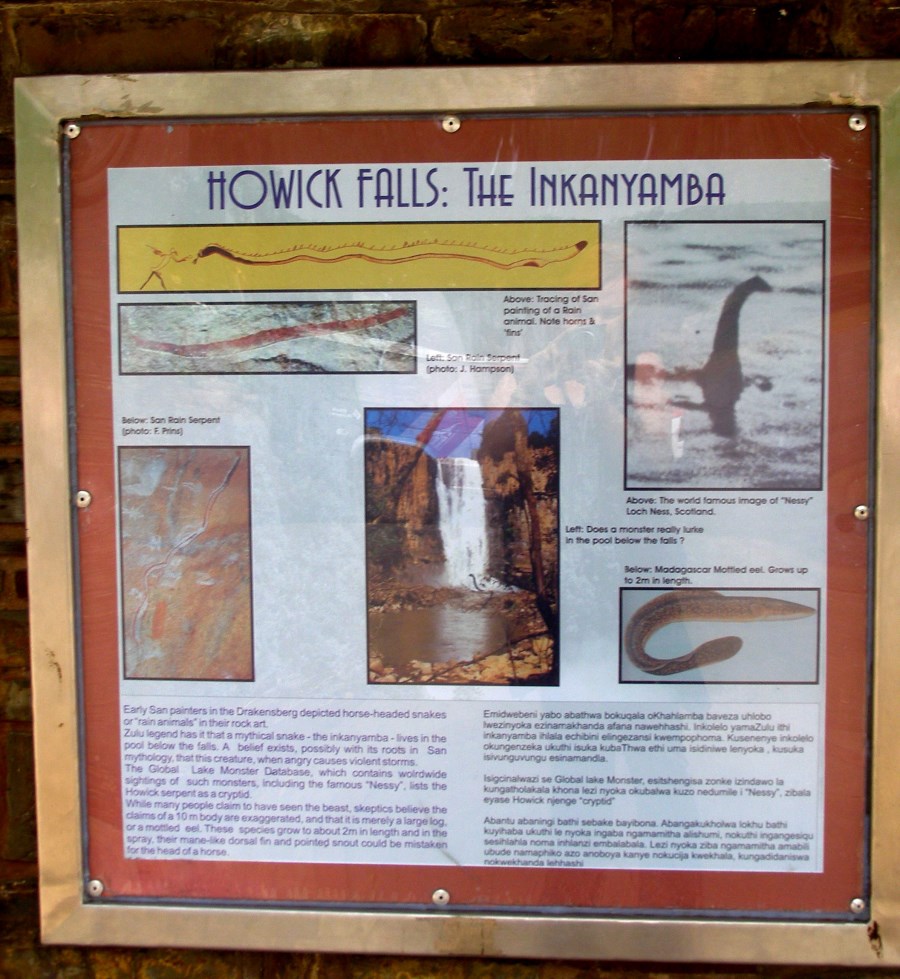