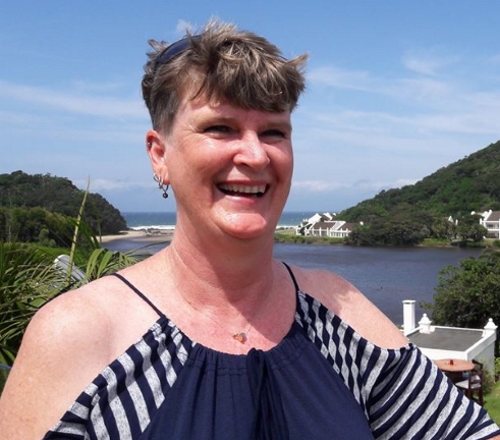 HOWICK’S Pippa Griffin, born in Pietermaritzburg and raised on a farm in the Midlands, has tried her hand at various careers, having initially acquired a diploma in tourism.

She worked as a trainee chef in a Midlands restaurant for a while, became operations manager for a hunting company in Pietermaritzburg, went on to work for a game capture company in Johannesburg, then was employed as manager of a lodge in Angola.

Pippa later owned a Howick restaurant for five years, and it was during this time that she started working with her sister, Liane Aadnesgaard, in the real estate business.

Before long, Pippa had sold the restaurant and become a fulltime agent with Liane’s company, LA Properties, which was based in Pietermaritzburg before moving to Howick. It was there that the company converted to a Dormehl Phalane Property Group franchise in July 2011.

Today both sisters remain important components of the Howick branch of the fast-growing property group, although award-winning Liane is soon to step down as branch principal.

She is doing so to allow herself more time for farming on a property she owns 10km from Howick, but plans to continue to sell farms in the Midlands area.

Pippa, as current managing director, alongside Tyron Segal as financial director, will in the next few months write her PDE 5 exam, after which she will take over as principal of the Howick branch, which has 10 agents.

Pippa is excited about the prospect, especially as it comes at a time when the Howick branch continues to prosper, having taken a number of awards at DPPG’s 10th annual national awards, held in Port Edward on March 6.

“We took nine awards and some ‘millionaire’ certificates, plus two of our agents were placed in the DPPG Top 10 overall – Liane at position four and Jennifer Gordon at No 5,” explains Pippa, adding that Liane was on a holiday, having booked it a year before, so was not able to attend the awards.

Pippa has high praise for this year’s awards: “It was a wonderful event, as always. Our franchisor, Owen Dormehl, really outdoes himself with the event each year.

“It was also great to overnight in a lovely hotel, in a place I wouldn’t normally venture to. Also, the time spent there wasn’t just a good mid-week break, but a good opportunity to meet other agents and agencies within the group, on a social networking, and possible referral, basis.”

Pippa, who has been with the branch, in Main Street in Howick, for some seven years, was asked what changes she had implemented since becoming managing director, and what challenges she thought she might face in months to come.

“Both Tyron and I would like to see our company grow in Howick – in the residential market as well as in the rental and body corporate sectors,” was her reply.

“We have an amazing intern, Sindi Ngwane (Rookie of the Year agent last year), who has sold 23 properties in the last year. We are hoping to grow the portfolio in our low-income sector, as we see this as a lucrative addition to our community, to provide assistance to local clients in buying homes. We hope to introduce more interns to this business with this in mind.

“Our body corporates are also on the increase, with Tyron becoming more involved in this area. You will be surprised to hear that there are more than 35 body corporate complexes in Howick, ranging from small complexes of four to six units, up to 800-plus units.”

What moved Pippa to join the Dormehl group?

“On meeting with Owen Dormehl, via the Pietermaritzburg office, I found that his passion and dedication to the brand, his openness and professionalism, along with the training and advanced technology that was shown to us, made it an easy decision to join the Dormehl franchise family.”

Strengths of the group, she says, include continued training for interns and full-status agents, excellent head office support staff, and great computer technology.

“Our branch strength is that all our agents are well known in Howick, and our office has great street appeal – we are based at the main intersection in Howick, so everyone can see us,” explains Pippa.

“Also, we pride ourselves on personal relationships which we build with each and every one of our clients, whether they are sellers or buyers, landlords or tenants, or trustees in body corporates.

“Our main income comes from residential sales, farm sales and rentals. We are building up the commercial and body corporate side nicely.

“We are fortunate that our area is a very popular residential area to live in, so our business has continued to grow, even with a downturn in the economy. Our farm sales have felt a little of this downturn, with regard to the issue of land expropriation without compensation.

What views on the SA property market in general?

“As Howick has the best climate to retire in, in the Midlands, I foresee our company continuing along the same path no matter what happens with the SA property market.

“Howick also has fantastic government schools, so a younger crowd is also moving into our area. This, in turn, will support our sales, rental and commercial market.”

Away from the world of property, Pippa loves playing tennis in the late afternoon a few times a week, and also enjoys time at the family farm in the Midlands.

“When I can sneak more than a weekend away, I love spending time at our beach cottage in the Transkei,” she adds.

Her motto as a property specialist is: “Communication and building relationships is king”.

Pictured is Pippa Griffin, who has gone from being a trainee chef, lodge manager and restaurant owner to the managing director, and soon principal, of one of the most successful of Dormehl Phalane Property Group (DDPG) franchises – that in Howick.