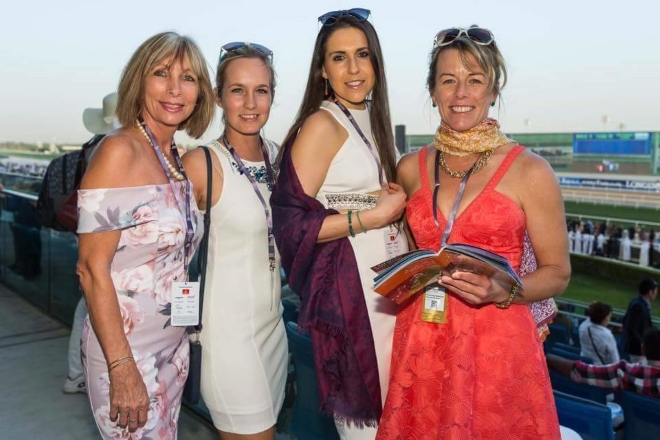 Horse-mad local lady and founder of Equine Transeva Technique - ETT™, a technique to improve muscle function and performance, Beth Shaw, studied under one of South Africa’s pioneers of equine bodywork, Winks Greene. Winks Greene trained in England under Charles Strong and brought the first Transeva to South Africa in 1953. Winks rehabilitated well-known racehorse Gondolier who after being treated by Winks for several months, went on to win the 1985 Rothmans July.

Beth Shaw has been an Equine Transeva Technique (ETT™) practitioner for over 17 years. She openedBSET Academy in Karkloof in 2008, through which Shaw and her team, led by Robyn Butterworth, have been developing the modality of ETT™ to operate under the scope of para veterinarian services. BSET Academy has trained ETT™ practitioners working successfully country and worldwide. Beth acknowledges that her student’s hunger to learn more pushed her to become better.

Originally from the USA, Beth has owned and ridden horses all her life and has represented South Africa numerous times for Ladies Polo. Beth’s work with Winks began in the 90s.

Today she works with high-performance equine athletes in most of the top racing yards in South Africa. Beth and Birgit Schroder (BSET Graduate and ETT™ Practitioner) have impacted on many Group 1 wins including the Vodacom Durban July (6x), twice winning the Gold Cup and Vodacom Durban July in the same season. Her work also involves equine athletes involved in Show Jumping, Dressage, Polo, Showing and Endurance. Shaw’s longtime connection with the horse has now brought her to Hong Kong. As an ETT™ Practitioner Shaw services the HKJC racehorses based at Sha Tin racecourse and Beas River Equestrian Club.

ETT™ is a technique which will re-establish correct muscle movement and function. The trained ETT™ Practitioner assesses the muscle tone under contraction and adjusts the WG Transeva’s dynamic current to bring the Athlete’s muscle back on-line and to optimum performance. When the Athlete’s muscle is on-line there is less stress on tendons, ligaments, and joints.

On ETT™ use in humans;

‘With developing the company ETT International Limited in Hong Kong, I have moved away from human work. Although if David Miller needs me during the IPL, I will skip across the pond!’, said Beth.

Beth explained how her Asian working relationship began, ‘My awareness of racing in Hong Kong started with the exportation of SA racehorses to Hong Kong and following the developments of racing in mainland China at Conghau Racecourse.

As I know the application of ETT™ by a trained practitioner can be a valuable tool in preparing a racehorse for performance, when I get into HK I connect with SA trainers …in Hong Kong I am working with SA exports to help them perform as best they can under very competitive circumstances. The dream is to help the South African bred horse look better to the international buyer. This may, in turn, help the breeding industry in South Africa. My career started on the stud farms of KwaZulu-Natal.

Peter and Jenny Blyth of Clifton Stud, Nottingham Road, really opened the door to HK by introducing me to Pamela Ferraris. David And Pamela have been training for the HKJC for 16 years. Peter Gibson of the SARC also opened a big door by introducing me to the head of HKJC Veterinary Clinic.
About this time last year, I was visiting BSET Academy Alumni in Dubai, sitting on the beach eating Ben&Jerry’s ice cream and I spotted a John Deere Tractor. At that moment I said to myself, “If Ben&Jerry and John Deere can be International – so can I!” (B&J and John Deere(himself) are also from the small state of Vermont, USA)! 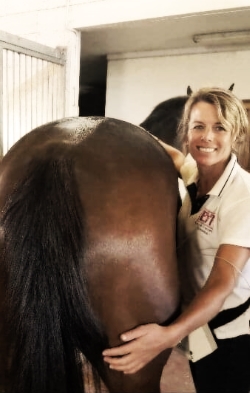 And so now ETT International Limited is a registered, growing company based in Hong Kong.’

On how she balances various aspects of her life, ‘My children, Gower and Madison Shaw are at fantastic boarding schools in Pietermaritzburg and we live in one of the most beautiful places in the world –The Karkloof Valley-so the Hong Kong commute is worth it. Even if I’m only home for 3 to 4 days at a time.’

We asked Beth about her future goals, ‘The next important step is to have BSET Academy’s course Equine Practices and Equine Transeva Technique recognised at the Diploma level by CATHSSETA.

The international goal is to develop the clientele of ETT International to require more ETT™ Practitioners in HK.

HKJC is the hub of international racing. I’m meeting so many people involved with horse racing industry wworldwide– creating the opportunity for ETT International to become an international force, like John Deere!‘

Beth Shaw’s story and insight provides a solid reminder that when times are tough, we can take courage from the successful paths carved by other businesses.