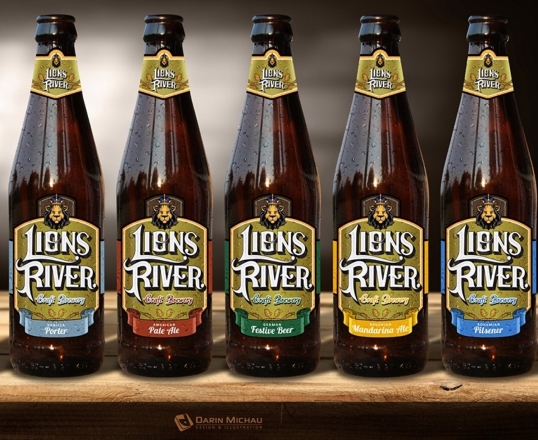 Irish born, Ronald McClelland has had a lifelong love affair with beer. His father, also Ronald, had a home brew system, and Ronald (Jnr) has travelled the world tasting beers and visiting breweries. As a young man he spent some time working in a brewery in Switzerland. He started brewing beer as a hobby, using a home-made system, but after locals had tasted it, they demanded that he supply the restaurants and markets around Lions River in the Natal Midlands, where he lives and works as a forester, and also does a fair amount of environmental rehabilitation.

THE PROCESS AND THE BEER
In 2014 Ronald imported a Speidel Braumeister brewery from Germany, and after much research re recipes and much hard work adapting to the bigger system, he has perfected the techniques, and also perfected and adapted his recipes.

Ronald makes 500 litres of beer at a time, and has four fermenting units, where the temperature is controlled according to beer style. After approximately 13 days, the beer is either bottled or kegged, and then matured under controlled temperatures. Each batch is tested for correctness before being marketed.

Since his beer hit the market in 2015, the brewery has been hard pressed to keep up with the demand. 2018 saw another of Ronald’s dreams come true when he opened his Beer Garden adjacent to the Brewery, and upgraded the Brewery by adding an automated keg washer, a semi-automated bottle filler, and two 750 litre pressurised jacket brite tanks, including a cooling unit.

Ronald loves to share his knowledge as well as the beautiful property upon which his brewery stands, so keep a look out for special events, or meander thru the KZN Midlands to the brewery for a sample of his beer (open from Thursdays to Sundays).

Lions RIver Craft Brewery will also be at this years Hilton Food and Wine Fair.