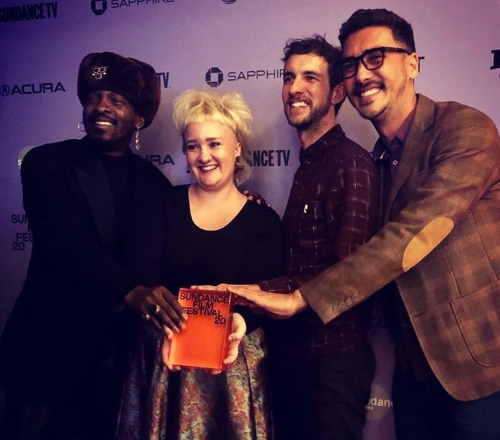 Cait Pansegrouw, producer of the film “This Is Not a Burial, It’s a Resurrection”, directed by Lemohang Jeremiah Mosese, won the Special Jury Award for Visionary Filmmaking in the World Cinema Dramatic Competition category at the Sundance Festival 2020.

Cait, a graduate from AFDA, The School of the Creative Economy, was also the producer of South Africa’s official entry to the 2018 Academy Awards for Best Foreign Language Film, Inxeba (The Wound).

The Sundance awards ceremony marked the culmination of the 2020 Festival, where 128 feature-length and 74 short films — selected from more than 15,100 submissions — were showcased in Park City, Salt Lake City and Sundance, Utah, alongside work in the Indie Episodic category, panels, music and New Frontier.

“At Sundance, we believe art can break through noise and polarization. In volatile times like these, democracy and storytelling aren’t separate – they’re inextricably linked,” said Keri Putnam, Sundance Institute’s Executive Director. “Congratulations to each and every one of tonight's winners, and to all the extraordinary artists who joined us at the Festival.

Pictured above: 2nd from the left - Cait Pansegrouw.