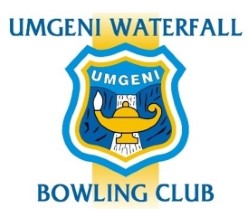 Despite the strong winds, heavy rain and large hailstones, only minor damage was caused to the greens so bowling continued as normal on Wednesday when the greens were running well.

The Greendale Superspar/Giovision Tabs In Competition held on Saturday, 14 March was won by Piet van Rensburg and Barbara Cuthill.; runners up were Tony Gage, Tim Waring and Grace Abrahams.

We thank the above sponsors for their continued support.

An urgent committee meeting was held at the Umgeni Waterfall Club on Monday afternoon and a decision was made to suspend all formal club sponsored competitions until the end of April. Normal tabs in and internal club comps will continue to be played. This change was made to comply with the directive from the President which states: ‘ ..........it is essential that we minimise the risk of the spread of this virus by limiting contact amongst groups of people............ Where small gatherings are unavoidable, organisers will need to put in place stringent measures of prevention and control.” This decision by the committee was also made to protect our members who may be susceptible to the virus and who have suppressed immune systems.

EVENTS IN MARCH
Kindly note that all fixtures are cancelled until further notice. Members may however continue to play on regular days should they wish to do so. They are also requested to organise to play internal club competitions with their opponents as soon as possible.

Prospective new members and visitors are always welcome to join us.
Coaching and skills training: By arrangement, contact 071 164 3162 and leave a message or WhatsApp/Message.