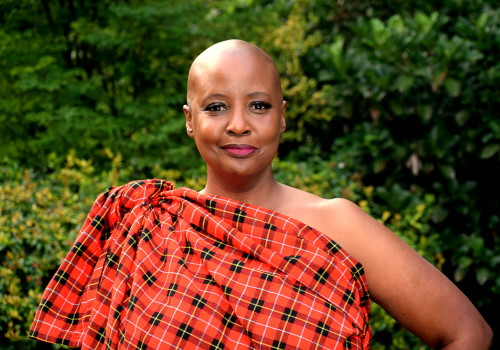 Films are of course the heart of any film festival. But an important allied component are the side-events which allow enriched engagement with the films, the topics raised in the films, and connection to the filmmakers themselves. Alongside the screening of 18 new films showing online and without cost at the 8th European Film Festival (14 – 18 October) are a series of insightful Live Zoom panel discussions, Filmmaker Q&As, Community Events and Schools Programmes. Visit www.eurofilmfest.co.za for links to the Live Zoom discussions and Q&A’s.

With 13 of the festival’s 18 films having women directors the stage is set at 18.00 on 15 October with the discussion Breaking glass ceilings for women in film – the challenges, the accomplishments, the journey. Exploring how far have we come, and how far there still is to go in respect of acknowledging and empowering women in the industry will be veteran Polish filmmaker Agnieszka Holland (Charlatan). Agnieszka has made over 40 films in her illustrious career, including Oscar nominations and numerous award-winners. Joining the discussion is the highly experienced Dutch filmmaker and writer Antoinette Beumer (My Father is an Airplane) who has a string of film and television successes to her credit. Providing a South African perspective on this crucial topic is Zanele Mthembu of Sisters Working in Film and Television (SWIFT), with moderation by Bongiwe Selane, producer of Happiness is a Four-Letter Word.

This is followed by four discussions emerging directly from the topics of the films.

On Monday 18 October at 18.00 Dieter Bachmann, the teacher at the centre of the extraordinary documentary Mr Bachmann and His Class, will be in conversation with former MEC for Education and current Senior Research Associate at the University of Johannesburg, Prof Mary Metcalfe, and Andisiwe Hlungwane of Teachers CAN. Dr Rene Smith (Media and Culture Studies Academic, Durban University of Technology) will facilitate this discussion on new approaches to teaching and inspiring our youth.

October is Breast Cancer Awareness Month and in partnership with CANSA the festival will present a focus on personal journeys and survival strategies on Tuesday 19 October. Moderated by South African actress, author, film producer and activist Rosie Motene, this session will feature Ruth Meehan, director of The Bright Side, and Anthea Lewis, Global Hero of Hope and CANSA coordinator.

On Wednesday 20 October at 18.00, in the session A film about life, death and money, the directors of Save Sandra, Jan Verheyen and Lien Willaert, are in a highly topical discussion with health and education activist Mark Heywood (editor, Daily Maverick Citizen), about a family’s struggles against the pharmaceutical industry to gain access to medicine for their daughter.

Thursday 21 October at 17.00 sees popular South African comedian Riaad Moosa lead the Humour, Healing and Messaging – thinking while smiling discussion featuring Michela Andreozzi (Parents versus Influencers), Uje Brandelius (Run Uje Run), Michael Kreihsl (Risks and Side Effects) as they unpack the use of humour as a form of messaging, and humour as healing.

Film-lovers are encouraged to enrich their viewing experience by tuning in to pre-recorded Q&A’s with the filmmakers - preferably after the screening so as to avoid spoilers!

Films with Q&A’s include: Charlatan, My Father is an Airplane, My Little Sister, Never Gonna Snow Again, Parents vs Influencers, Risks and Side Effects, Robust, Run Uje Run, Save Sandra, Stop Zemlia, The Bright Side, The Jump, The Year of the Death of Ricardo Reis. These Q&A’s will be available on the website at the start of the festival.

A limited number of physical screenings are offered in communities where access to cinema is constrained. Screenings are followed by post-screening discussion about issues raised in the films. Community partners include Isivivana Centre and Bertha Movie House in Khayalitsha, Windybrow Arts Centre in Hillbrow, and Sibikwa Arts Centre in Benoni. The festival also continues to service a number of secondary schools with screenings and post-screening discussions. All physical events adhere to strict COVID protocols.

The festival runs from 14 to 24 October. See www.eurofilmfest.co.za for details about these and other events, and the films of course.

Bringing the best of film from Europe to South Africa’s home screens, the European Film Festival 2021 is a partnership project of the Delegation of the European Union to South Africa and 17 European embassies and cultural agencies in South Africa: the Embassies of Austria, Belgium, Czech Republic, Denmark, Ireland, Italy, Lithuania, the Netherlands, Poland, Portugal, Spain, Sweden, Switzerland, Ukraine, and the British Council, Camoes Institute of Portugal, Diplomatic Representation of Flanders, French Institute in South Africa, Goethe-Institut, and Italian Cultural Institut. The festival is organised in cooperation with Cineuropa and coordinated by Creative WorkZone.