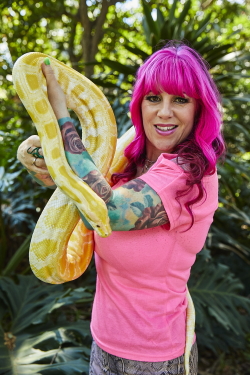 This spring, the Snakes in the City TV series team has been hard at work saving snakes in the greater Durban area. Their antics have been well documented on National Geographic Wild for the past 7 years.

Dealing with dangerous snakes is one thing… but the human factor is quite another. Simon Keys and Siouxsie Gillett say they encounter numerous clients who have an irrational fear of snakes. Part of the mission of the show is to try and “convert” them by allaying fears and dispelling myths about snakes.

“It’s called ophidiophobia…” explains Simon. “…it’s quite remarkable that people living in this lush tropical climate aren’t aware of how many snakes they are literally living next to! Yet when faced a snake in their garden, home or work place, they’re petrified out of their wits. We have to empathise with them and try to help them to get over this fear.”

“Much has been written about this fear of snakes. Some say our fear is evolutionary – since time began we’ve been taught to avoid them as one or two species could possibly kill you,” continues Siouxsie. “We see the bad rap they get in everything from cultural myths & beliefs, to children’s stories and even in film. That brave adventuring character Indiana Jones got all icky when faced with a tomb full of them! Parents also play a role in passing this fear down generations. Snakes aren’t cuddly or fluffy. People often assume that a snake's skin is slimy – which pushes them further down the likeable scale.”

When Simon & Siouxsie capture a snake, there’s a great opportunity to let clients touch and interact with the snake. “I would say we are able to “convert” people 75% of the time,” says Siouxsie. “It’s truly remarkable seeing the realisation that these creatures are quite beautiful and for the most part just want to keep to themselves.”

“In reality most snakes are not dangerous, and are doing far more good than bad in our eco-systems. They are an important part of the food chain - snakes for example are able to control rat populations very efficiently."

“People often kill snakes in reaction to this fear, but this is devastating to eco-systems and the environment – every creature and plant has a role to play on this planet, and so people should be thinking more holistically.”

“At the moment there's a lot more water around after our recent rain. That means a lot more frogs, all busy breeding,” explains Simon. “Because of this, snake activity increases because there’s more food, and therefore more human encounters.”

Their advice? Keep your eyes open! And don’t be scared. “Snakes will always try to avoid you first,” says Siouxsie, “But they are more active when it's warm and wet, so stay alert and watch where you walk.”

Flooding also flushes snakes out of hiding places. People should watch out for log piles, building rubble, old tyres, under houses or sheds, places where snakes could go to keep dry.

If you encounter a snake, consider how useful it is to the environment. Simon and Siouxsie are available to capture and relocate snakes free of charge whilst filming the series. The caller, with permission and depending on the conditions of the call out, could be on the TV series. All SA Government CoViD-19 protocols are observed.

The Snakes in the City number to call for snake removals in the Greater Durban Area is 063 234 6932. 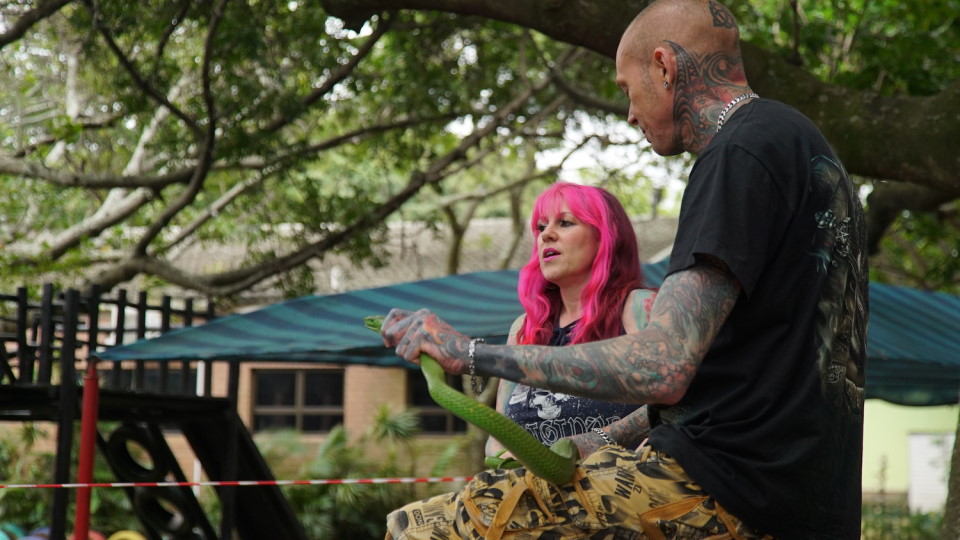