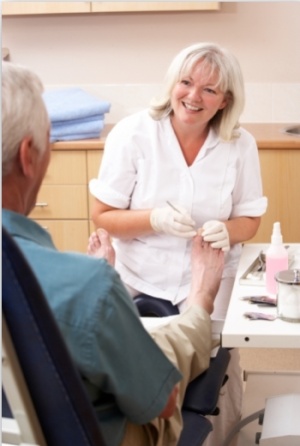 Selecting a care provider for a loved one can be a complicated and daunting task. Nightingales undertake to make this process simple, by helping you make an informed decision about the type of care that is required.  This will enable them to select the correct carer whose qualifications, personality and experience best fits in with your lifestyle.

Nightingales work closely with the patient's family, doctors and other care givers, and encourage good communication and co-operation between all parties to ensure the client receives the best possible care at all times. All staff are supervised on a daily basis, and their performance is assessed monthly by their current client.

Nightingales has professional, friendly and approachable management staff, and all enquiries and consultations are strictly confidential. Should you require any further information regarding our service, please click here.

Impilo Conferences at your service 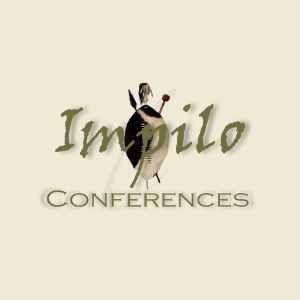 Jenny Weber launched Impilo Conferences over 20 years ago. Jenny's husband was in the training business, so knew what the requirements for meetings and training conferences were. Together Jenny and her husband travelled extensively every weekend, to visit and experience as many venues throughout KZN as they could.

Impilo's owners together made sure they saw an amazing selection of varied places, taking photos, making notes and collecting brochures and all the information in detail. Today, with more details on Internet, it's so easy for clients to find a website and believe all it says, but personal visits are very important to Impilo, to get the feel and ambiance of each and every venue.

Impilo Conferences have been to see at least 500 conference and function accommodation and leisure venues and are still expanding their repertoire.

So, if you have an enquiry for any type of function, anywhere within KZN, read more here.

Jenny says "There is no charge to you whatsoever for using this service, I enjoy what I do, and certainly have vast experience in this field, and many, many contacts. Relax and let me help you. For businesses, give your PA a break, use Impilo Conferences."

"Riding the Storm" to a very successful event! 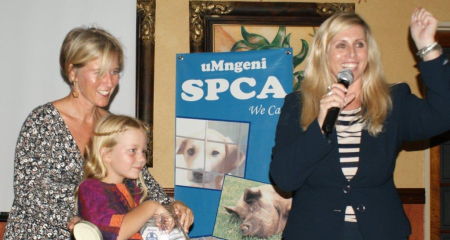 St Ives was filled to capacity with a crowd of 250 people that came from all over the Midlands to enjoy a magnificent spread of cheeses, very generously donated by Barbara at Indezi River Cheeses, delicious olives from Romesco Olives in Howick, breads, biscuits and other lovely "goodies". Wines and juices were also in abundance. Thank you very much to Indezi River Cheeses and Romesco Olives! Your support was so appreciated.

There was much frivolity and excitement in the air as everyone in attendance waited in anticipation to hear Peter and Kim each tell their amazing stories of their journeys as extreme adventurers. Peter and Kim certainly did not disappoint! Their humorous and courageous accounts of overcoming adversity to accomplish their dreams were awe-inspiring to say the least! Facing fear in the face, persevering in spite of this and accomplishing what us mere mortals would perceive as impossible feats, are indeed what sets this dynamic duo apart! We were all blown away by this husband and wife team's passion for life!

uMngeni SPCA were also very proud to be able to hold this event at St Ives Country Estate. Set in the most magnificent grounds, with abundant wild life and bird life, this unique venue had it all! Friendly and professional staff and views to envy! A huge thank you to Fiona and her dedicated staff who so generously provided the venue and Accommodation voucher to us for no fee at all. Abingdon Wine Estate kindly donated 2 bottles of superb boutique wine from their estate to us to use in a raffle. These bottles were extra special as they had been signed by John Plumtree, Keegan Daniels and Pat Lambie. Grateful thanks to Ian and Jane from Abingdon for this donation. Our raffle raised R3100-00 for our furry friends!

To each and every SPCA supporter, we would like to thank you from the bottom of our hearts, for so enthusiastically supporting this event. We appreciate you all. We most certainly are very lucky to have such a giving and generous community of animal lovers! 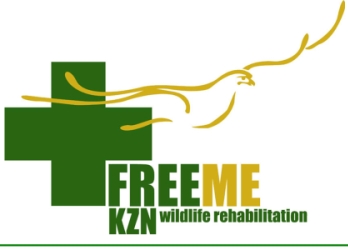 FreeMe Wildlife Rehabilitation KZN was established seven years ago in response to the growing need for a dedicated Centre which could care for sick, injured or orphaned wildlife in a large area which extends from south of Pietermaritzburg to the Drakensburg and from Ixopo through to Greytown. This area is largely rural and covers a number of different climatic zones from sub tropical forest and thorn veldt through misty wet grasslands to the harsh climatic conditions of the Drakensburg Mountain Range with its snow, big storms and run away fires. It is also an area renown for its wildlife biodiversity, its attraction as an ecotourism and birding destination, and the large number of Threatened or Protected Species found within its boundaries. Previously, all rehabilitation was being handled by a few dedicated individuals, but as the need grew and costs increased, this became unmanageable. Ezemvelo Wildlife KZN, the local conservation authority, introduced a set of norms and standards for the keeping of wildlife in captivity which regulates and ensures that rehabilitation is carried out in line with overseas protocols and complies with all ethical requirements.

Adele Malan, from FreeMe Gauteng, set up a task force to investigate the best ways of establishing the rehabilitation facility, and land was donated on a fifty year non commercial lease basis. Rob Taylor, a local property developer responsible for the Amber Retirement Villages, donated the clinic building and various other donors came on board to ensure that the Centre was comparable with the best in the country. Adele was unfortunately killed at van Reenen's Pass on her way to take over the running of FreeMe.

Since then FreeMe has grown in reputation and now has permits from Ezemvelo KZN Wildlife for the rehabilitation of all wildlife in the area, including Threatened or Protected Species. Working with the Raptor Rescue Centre outside Pietermaritzburg and the Primate Centre outside Richmond, we are able to handle nearly all the rehabilitation requirements of the area. We handle between 800 and 1 000 cases per year and this includes antelope species such as Oribi, Reedbuck, duiker, blue duiker, blesbok, bush buck, and impala. We run a 24/7 emergency call out service and cover large distances, with the associated travel costs. A number of cases include our larger bird species such as cranes, storks, herons, etc. Amongst our Threatened or Protected Species workload we include Oribi, Reedbuck, Crane, some of the Raptor species, Samango monkeys, serval and a number of bats.

As we become better known, the demand for our services has grown and we are now the centre of choice for Ezemvelo KZN Wildlife, vets and the public in general

Because we do not pay rent, electricity , water or rates, the bulk of our donations can be directed towards animal care. Our running costs are kept to a minimum and we use a fair number of volunteers to reduce staffing costs. FreeMe also run an education programme for schools and community groups, and are the charity of choice for community service for scholars from, inter alia, Michaelhouse, Epworth, Grace College and St Annes. 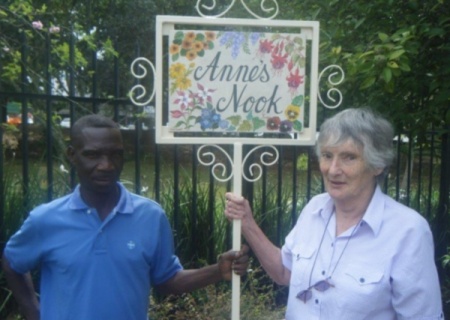 The uMngeni SPCA recently held an informal tea to honour and thank the very special volunteers that work at our SPCA Centre and have been selflessly serving our Society for many, many years.

Anne Smith has been the driving force behind establishing our Gardeners' Corner, firstly at Campbell Road and later at our Fundraising Centre in Main Street, Howick. She has been with us through thick and thin, planning, executing and running our highly successful plant nursery. Anne not only plants from other nurseries at very special prices, but she also goes to Kloof SPCA to fetch loads of plants donated from their nursery and she also pots out slips, cuttings, divisions of huge matted plants and other material that is kindly donated by gardeners. Whatever else she does with her magic wand to produce the huge stock of fine plants, seedlings, shrubs and trees to sell at competitive prices, I wouldn't know, but the measure of her success is in the band of loyal supporters who always look for their garden needs at the SPCA Centre before they even think of going anywhere else.

Anne was honoured for her years of dedicated service with a magnificent hand painted plaque and a lovely stone bench that will now hold pride of place in our Gardeners Corner and be known as "Anne's Nook." Horace Vilakazi, a valued member of our team and Anne's right hand man was also thanked for his loyal service.

The tea also served to thank other very special volunteers that have done so much to allow our Society to flourish under difficult economic circumstances and other trying times. They have dedicated hours and hours of their personal time, to our SPCA, showing only care, concern and love for the animals that we are dedicated to helping. Their smiles and happy banter whenever they are around make them an absolute pleasure to work with every day.

Jenny Rooken-Smith, who lovingly takes care of our book section of the SPCA was also honoured with a beautiful wooden plaque. Her room where she sorts out all the many books we receive, will now be known as the "Jenny Rooken-Smith Room." It is not an easy task maintaining, sorting and arranging the collection of books, yet Jenny does it with complete ease and care.

The other key volunteers that help and take care of our SPCA Centre, were all thanked with an exquisite hand painted plaque that holds pride of place in our reception area at the SPCA centre. It reads "This plaque commemorates all the many hours that so many caring people spend assisting our SPCA, each in their own special way."

Thank you to each and every person that volunteers to assist us with stamping out neglect, abuse and cruelty to animals.